Liudmila Zhiltsova won the prestigious National Russian Award under the patronage of the Government of Chelyabinsk Region “Svetloe Proshloe” 2015 (Russia).

The National Russian Award “Svetloe Proshloe” – a symbol of public recognition of talent and merit before the people of the Chelyabinsk region. Awarded to outstanding personalities in the field of economy, production, social and political life, culture, art, science and sports, who have made a significant contribution to the development of the Region. The organizers of the award – Government Chelyabinsk Region and the Fund Oleg Mitiaev – People’s Artist of Russia. 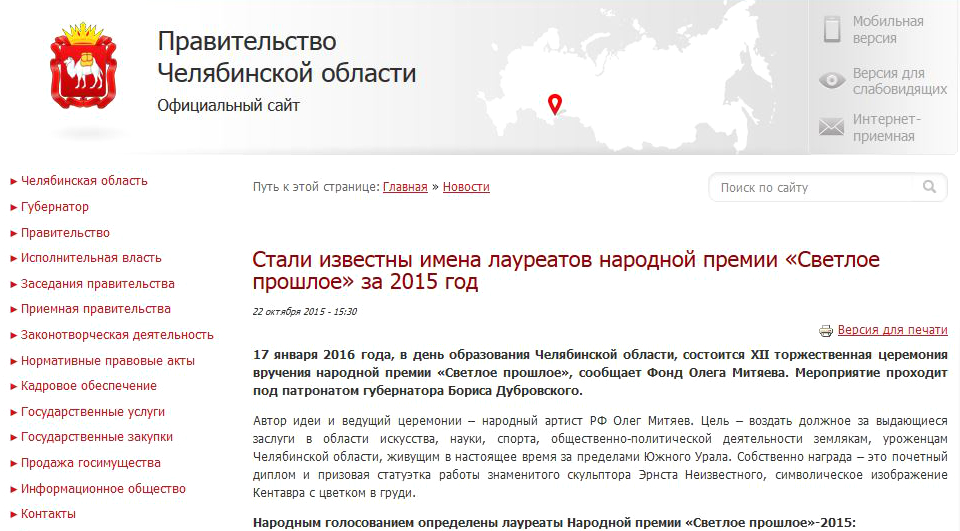 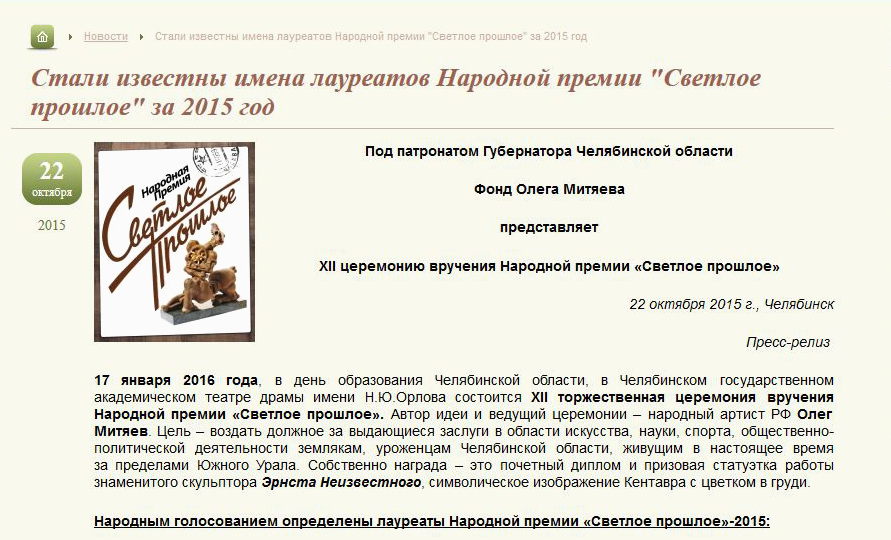